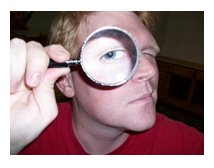 When selecting sources to include in a paper, it is important to critically examine the creditability of the information presented. The criteria applied to differentiate between varying degrees of quality, recognize bias and conflict of interest, and look beyond advertising and marketing strategies to identify useful information is by-and-large the same regardless of the format of the source. However, the process for doing so differs depending on the format. Succinctly stated, the criterion refers to "what are the standards" and the process to "how the standards are applied."

Criteria and Processes for Evaluating Sources

When consulting any source, consider:

Before evaluating a source accessed via the web, it is important to determine if the source itself can be trusted. Failure to assess if the source is what it says it is can result in much wasted time and effort. There are three strategies that can be employed to establish the reliability of a source. These strategies include:

Remember to be vigilant and do not fall prey to professional-looking graphics, listings of academic references, and the allure of .edu or .org domains.

Here is a list of general rules apply when evaluating news obtained through social media.

The dissemination of deliberately false information, especially when supplied by a government or its agent to a foreign power or to the media, with the intention of influencing the politics or opinions of those who receive it; false information so supplied. (Oxford English Dictionary)

"... there are many problems with the term fake news, and one of them is the close connection to news as a format and as an independent institution. The European Union (EU) report from the independent High Level Expert Group on fake news and online disinformation suggests abandoning the term fake news altogether (HLEG, 2018). As the term is inadequate and misleading to explain the complexity of the situation, the report rather suggests using the term disinformation, which can be defined as 'false, inaccurate, or misleading information designed, presented and promoted to intentionally cause public harm or for profit'” (2018, p. 10). (Oxford Research Encyclopedia of Communication)

"Fake news, or hoax news, refers to false information or propaganda published under the guise of being authentic news. Fake news websites and channels push their fake news content in an attempt to mislead consumers of the content and spread misinformation via social networks and word-of-month." (webopedia)

"Fake news is made-up stuff, masterfully manipulated to look like credible journalistic reports that are easily spread online to large audiences willing to believe the fictions and spread the word." (Angie Drobnic Holan)

There are four broad categories of fake news websites:

No single topic falls under a single category - for example, false or misleading medical news may be entirely fabricated (Category 1), may intentionally misinterpret facts or misrepresent data (Category 2), may be accurate or partially accurate but use an alarmist title to get your attention (Category 3) or may be a critique on modern medical practice (Category 4.)  Some articles fall under more than one category.  Assessing the quality of the content is crucial to understanding whether what you are viewing is true or not.   It is up to you to do the legwork to make sure your information is good. 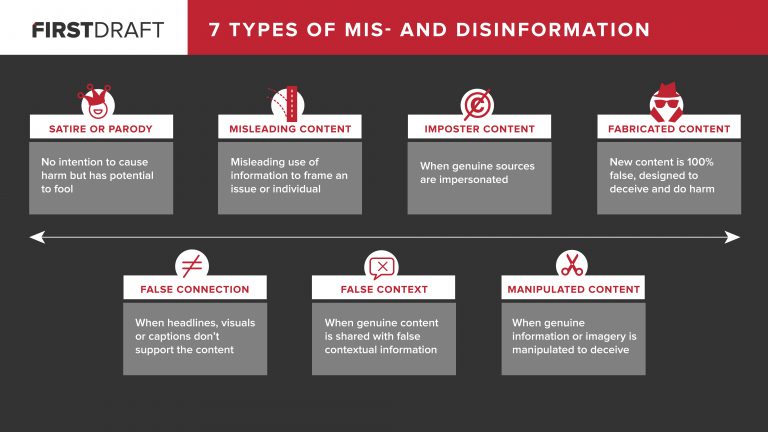 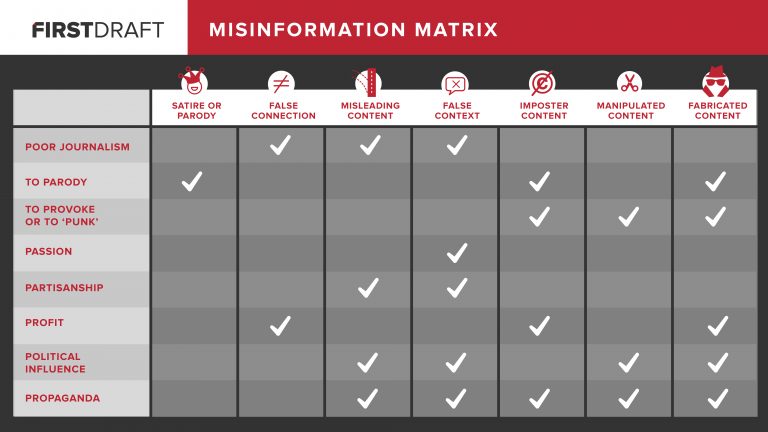 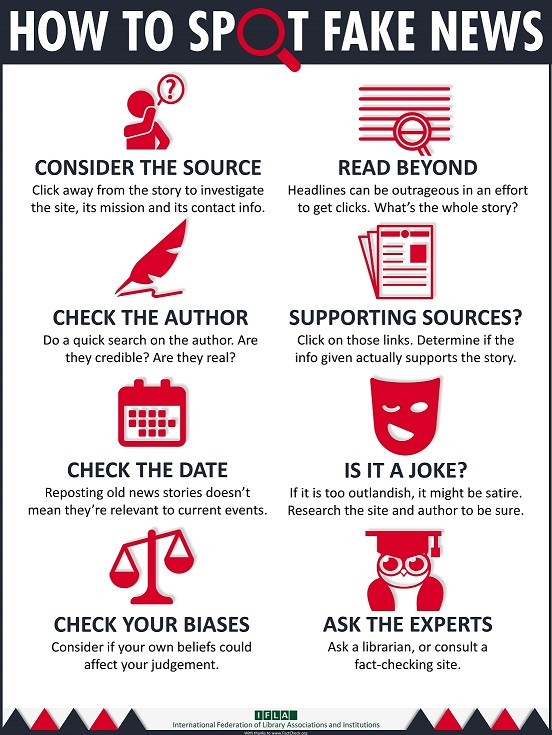 If a source is peer-reviewed, it usually means that it was reviewed by professionals prior to publication. This kind of publication is highly selective, and the review process is pretty rigorous, which means these are some of the most trustworthy sources you can find. But how can you determine if your source is peer-reviewed? Below are three ways to determine whether a journal is peer reviewed:

If you're looking to see if a specific journal is peer reviewed, one of the best places to go is our Journal's List here at Memorial Library. First, click on the "Journals List"  tab above the search bar in the middle of the Library Home page. 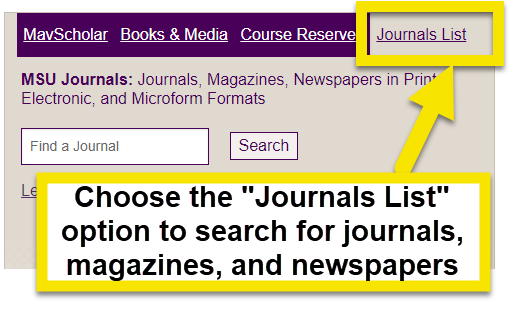 Once you've found your journal, take a closer look at the entry. Look under the title for an icon that says Peer Reviewed to indicate if the journal uses the peer review process.

Another method for determining if a journal and its articles are peer-reviewed or not is to look it up. One way to check is through something like Ulrigh's Periodical Directory, which will have a lot of information about the journal or magazine, including if the source is peer-reviewed, or "refereed". Use the link below to search for your journal title in Ulrich’s Periodical Directory.

If you see this  icon

then the journal is refereed or peer-reviewed. 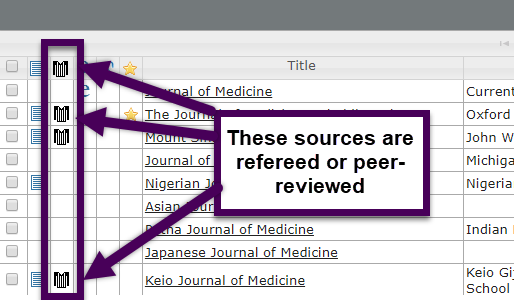 Your last option for determining if a source comes from a peer-reviewed journal is to find information from the journal itself. Search for the journal title on the web. From there, look for an editorial policy page or a page for authors to find out if the journal uses a peer review process. This will be where the journal says if it's peer-reviewed, or what kind of editorial process it has. An example of this is below. 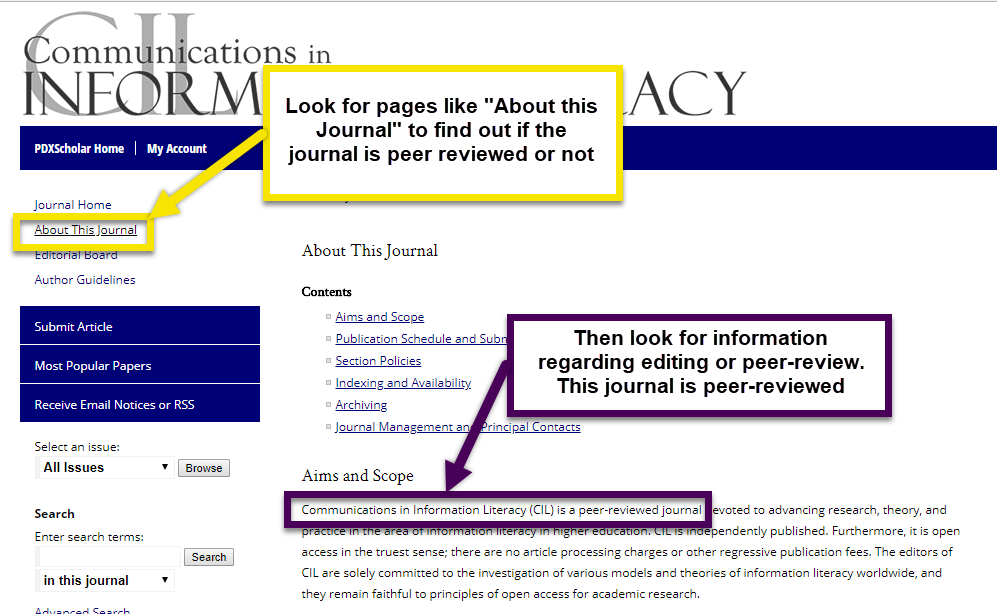 If you have any trouble, please talk to a librarian.