From Geoff Herbach, the award-winning young adult author, comes a tale that will resonate with fat kids, nerds, dorks, gamers, geeks and teen outcasts of all kinds—an authentically funny story for anyone who has suffered from teasing and bullying at the hands of the high school social hierarchy. And decided to do something about it.

Join a cast of quirky misfits as fat boy Gabe, aka Chunk, goes up against the high school cheerleading team in a battle over control of the school's soda machine. A marching band geek who drowns his dysfunctional family woes in a voracious soda habit, Gabe relishes his role as class clown, fending off harassment from students and teachers with his own brand of irreverent, self-deprecating humor. But when the cheerleading team takes over the funds previously collected to finance the marching band, Gabe will not stand for it. Something must be done.

It's geeks versus jocks in an epic battle of the beverages!

Read Excerpts from the Book

Read the beginning chapters of the book 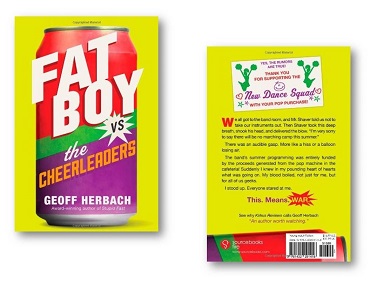 Reviews of the Book 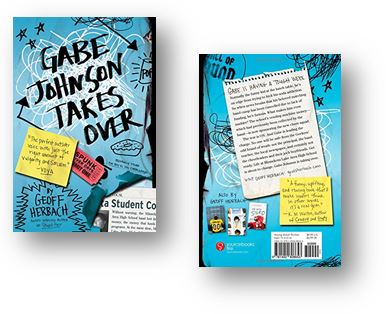 Check Out the Book and Audiobook

Fat Boy vs. the Cheerleaders OR Gabe Johnson Takes Over by Geoff Herbach