Meet the Author of Fat Boy vs. the Cheerleaders/Gabe Johnson Takes Over--Geoff Herbach 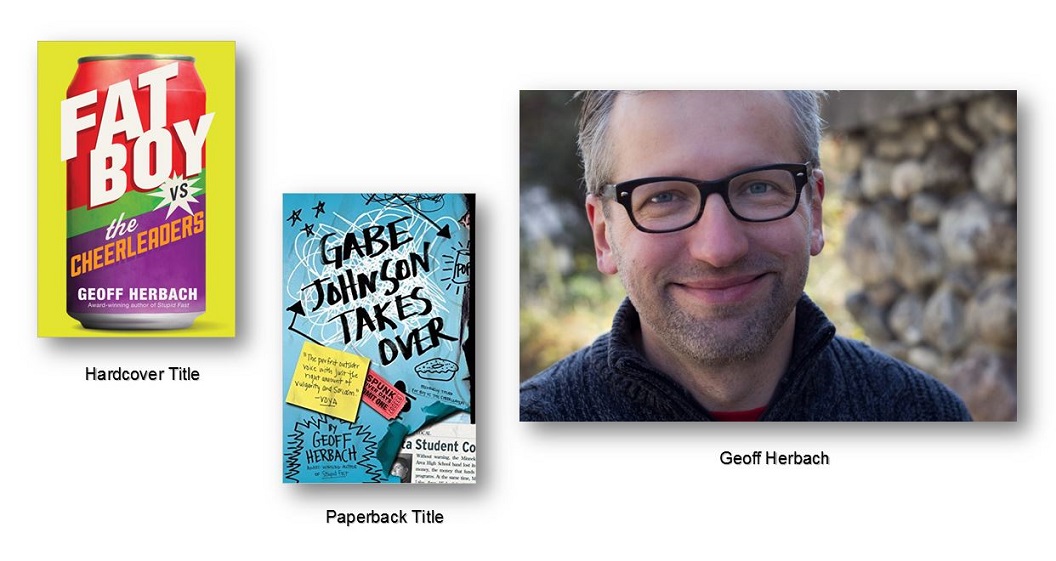 Enter the world of Gabe Johnson, otherwise known as Chunk, as he becomes embroiled in a battle with the school cheerleaders over control of the school's pop machine.  Proceeds from the pop machine used to fund the school band have been reallocated to support the cheerleading dance team.  Gabe becomes furious over this turn of events and decides to take action.  Come join the fun and hear the author's take on this hilarious and touching story.

Meet the author of Fat Boy vs. the Cheerleaders on Wednesday, June 15th, 2016, 6:30 p.m., at the North Mankato Police Annex in the Community Room.

Geoff Herbach is the author of a number of young adult books among which include the popular titles Stupid Fast, Nothing Special, and I'm With Stupid.  He has received recognition for his writing from the American Book Association, American Library Association, International Literacy Association, Junior Library Guild, Young Adult Library Services Association, as well as being the recipient of the 2011 Cybils Award for best young adult novel and 2013 Minnesota Book Award for Young People's Literature.  His most recent book is Anything You Want.