Welcome! This LibGuide celebrates Black History Month by presenting works in many different media (books, films, websites, and podcasts) by and about Black authors and creators and Black history. 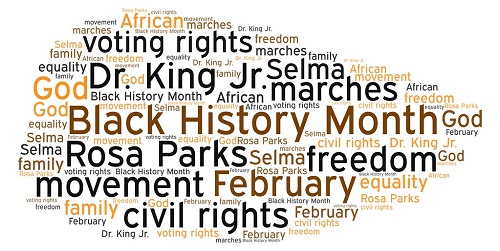