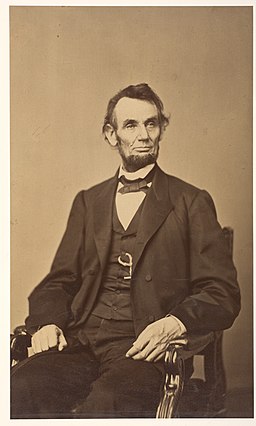 Source: Wikimedia Commons as part of a project by the Metropolitan Museum of Art.  CC0

Abraham Lincoln was the 16th President of the United States and served from 1861 until his assassination in 1865.  While much of his Presidency focused on the Civil War and the emancipation of Southern slaves, President Lincoln also had a role in the US-Dakota War of 1862.  Resources on this guide were selected to provide an introduction to Abraham Lincoln’s life and his connection to Minnesota.

This guide is only a small sampling of the breadth of historical resources that exist about Abraham Lincoln. We recommend using MavScholar and WorldCat to search additional terms such as "American Civil War", "Dakota Indians--Wars, 1862-1865," and Abraham Lincoln.  You can also view our Civil War (American) Library Guide for additional research materials on the American Civil War.

Use the MavScholar search box below to find most, but not all, library items available at Minnesota State Mankato.

Advanced Search
What is MavScholar?

Books from Other Libraries