Highlights a few of the anime, manga and graphic narratives we have available at MSU.

What's In This Guide

This guide’s goal is to foster and enrich academic study and personal enjoyment of graphic narratives and animation. Included in this guide are selected anime, manga and graphic novel titles that are available at MSU. These materials may be checked out. To find a specific title, check the Library catalog or contact the Reference desk for help.

What are graphic narratives? The graphic narrative is a form of narrative that tells stories by combining sequential art with traditional elements of storytelling like narration and dialogue. Modern graphic narratives evolved from daily newspaper comic strips like Little Orphan Annie and The Spirit, as well as early comic books like Batman and The Amazing Spider-Man, which were published monthly in small, 20-30 page single issues, and which typically told a stand-alone story. Modern comic book stories are often told in multi-issue arcs, which are collected into book-length collections that are considered “graphic novels.” Novel-length graphic narratives that are published by themselves, like Craig Thompson’s Habibi or Scott McCloud’s The Sculptor, are also called “graphic novels.”

Manga is Japanese graphic narrative. Manga emerged as a popular form in Japan in the 1930s and 40s, just as comic books were coming into popularity in the United States, but developed isolated from Western influence. As a result, modern manga is strikingly different from modern graphic narratives from other countries, often using motion, caricature and exaggeration, dialogue and narration, and sounds effects quite differently than Western graphic narratives. Our manga collection ranges from modern classics, like the seminal sci-fi works Neon Genesis Evangelion and Planetes, fan favorites like Battle Angel Alita and King of Thorn, and more literary works like Shigeru Mizuki’s three volume Showa: A History of Japan and Osamu Tezuka’s Buddha series.

Bandes Dessinees, which means “drawn strips” in French, and is “BD” for short, are French-language comics, primarily those published in France and Belgium. BD styles vary widely, from hyper-realistic to impressionistic. A few notable BDs and BD artists have made their way into American culture, such as the work of Jean “Moebius” Giraud, who contributed to the artistic development of the movies Alien, Tron, Space Jam, and The Fifth Element; Hergé, who wrote and drew The Adventures of Tintin, which was adapted into the 2011 CG-animated film The Adventures of Tintin: Secret of the Unicorn by Stephen Spielberg and Peter Jackson; and The Smurfs, a long running French comic by the cartoonist Peyo, which was adapted into the now-classic children’s cartoon that still plays in syndication today.

Modern animation is heavily influenced by the graphic narratives that came before it. Like comics, each country has its own rich history of animation and unique animation style. Our animation collection consists of cartoons, shorts, television shows, and feature-length films from many different countries, including anime (Japanese animation), like the TV shows Attack on Titan and Fruits Basket and the movies Ghost in the Shell and Spirited Away, French films like Triplets of Bellville and Kirikou and the Sorceress, and American cartoons like Looney Toons, The Simpsons, Family Guy, and South Park. 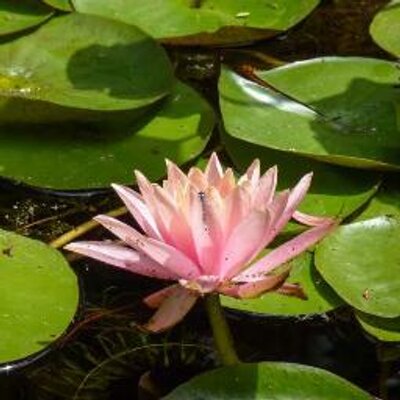