What's in This Guide

The focus of the seminar is literature from the period commonly referred to as "La Révolution tranquille," or the "Quiet Revolution" in English, the beginning of which corresponds to the end of the 1950s and beginning of the 1960s in the province of Québec.  While some issues and ideas of the period (particularly in its later stages) could be associated with similar social changes elsewhere, most have a rather unique/specific hue reflecting features of Québécois society and culture. 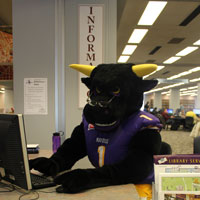