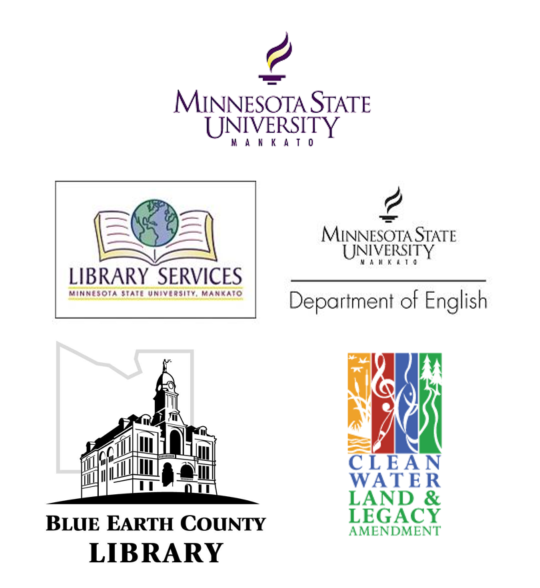 This program is made possible by the voters of Minnesota through a grant provided by the Traverse des Sioux Library Cooperative, thanks to a legislative appropriation from the Arts and Cultural Heritage Fund.

The recording and live streaming of the event is funded in part by MSU, Mankato IT Solutions Media Productions.

The Creators of Original Fake 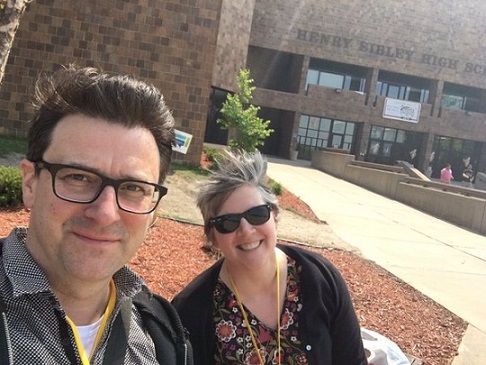 Kirstin Cronn-Mills is a self-proclaimed word nerd who secretly wants to be a street artist.  Her first young adult novel, The Sky Always Hears Me: And the Hills Don't Mind, was a 2010 finalist for the Minnesota Book Award for Young People's Literature.  Her second novel, Beautiful Music for Ugly Children, received the American Library Association's Stone Wall Book Award in 2014 as well as an IPPY silver medal for Gay/Lesbian/Bi/Trans Fiction.  She writes a lot, reads as much as she can, teaches at a two-year college, and goofs around with her son, Shaw, and her husband, Dan.

E. Eero Johnson (Erik T. Johnson) is a Minneapolis-based illustrator, graphic designer, and comic book artist.  His illustrations have appeared in GQ, The New Yorker, Newsweek, Wired, and The New York Times.  His comic book projects, The Outliers and Kozmo-Knot, have gained a growing interest from the indie comic world.  He lives with his wife, Tammy; sons, Emmett and Eilif; and a crazy Boston terrier.

You can visit E. Eero Johnson on Twitter @EEROSPACE

Extracted from the book jacket